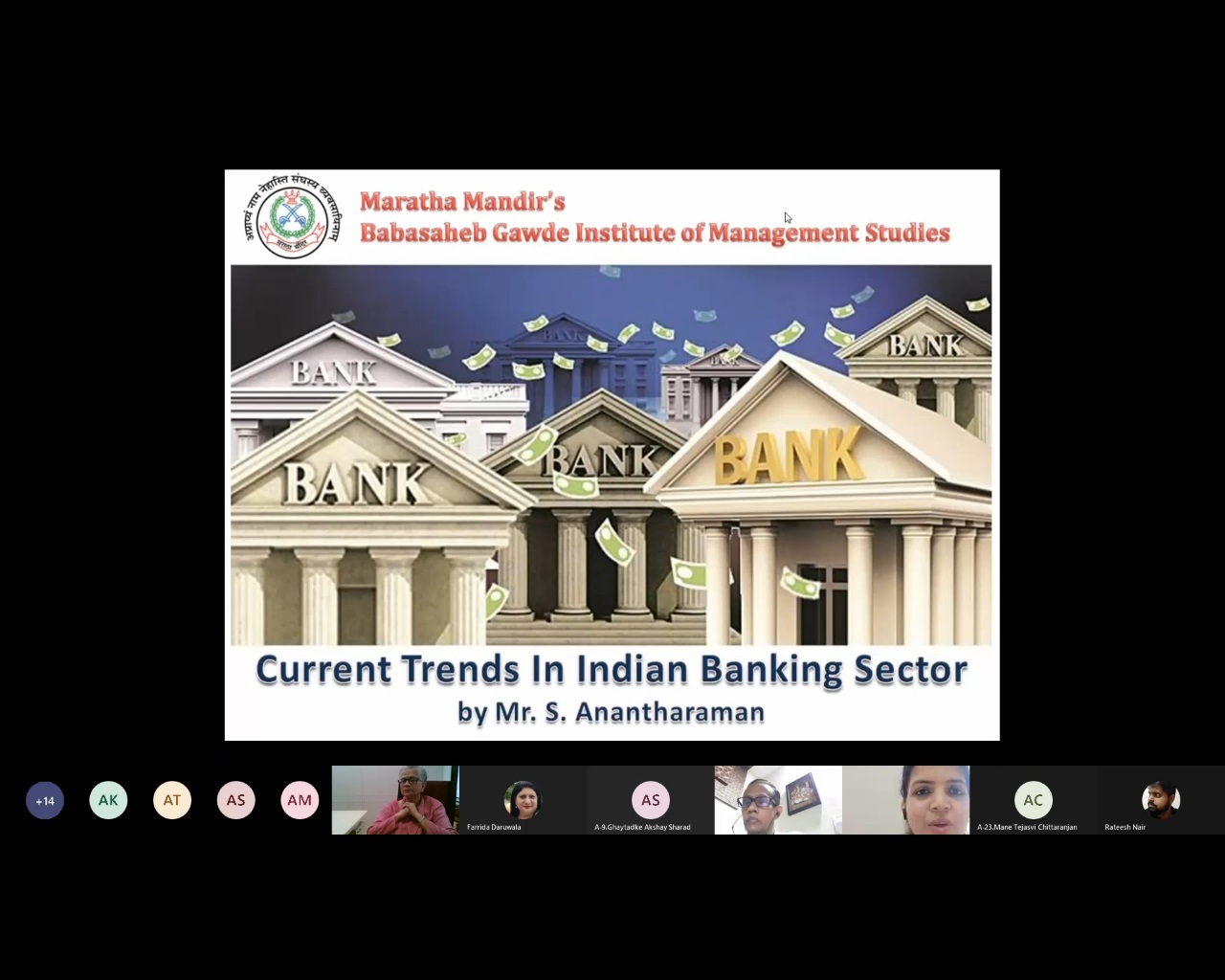 The Session began with a welcome address and introduction of Mr. Anantharaman who is presently working with HDFC Bank as Group Head-Wholesale Credit Risk. He began his banking career with SBICI as a Relationship Manager, and has also served overseas banks over a period spanning ~7 years.

Mr. Anantharaman began the session by talking about the learnings from the pandemic situation and the consequent change in approach adopted by the Indian banking system. He spoke about the various opportunities in lending which were opened up for the banks in the wake of dwindling finances available with the manufacturing companies (especially the MSME segment) whose operations nearly came to a grind. The second wave of Covid, led to a shift in business from entities in the unorganised sector to those in the organised sectors. This was primarily because of the inability of small-time companies to withstand the challenges during the pandemic. Resultantly, large companies in the organised sector picked up business and generated excess cash. This in turn led to increase in GST collections and filling up of Government coffers. He also touched upon the various financial relief packages which RBI advised the banks to pass on to the borrowers whose cash flows and loan repayments were impacted during the pandemic. The deterioration in asset quality of banks was a cause of concern which the banking system needs to address over the next 2-3 years. On the Retail front, there was an increase in instances of cheque dishonours and inability to service EMIs. He further added that the impact of the pandemic was the highest on the NBFC sector which is still reeling from its effects.

The overall session was enlightening and appreciated by all participants. The session ended with a vote of thanks to the speaker.