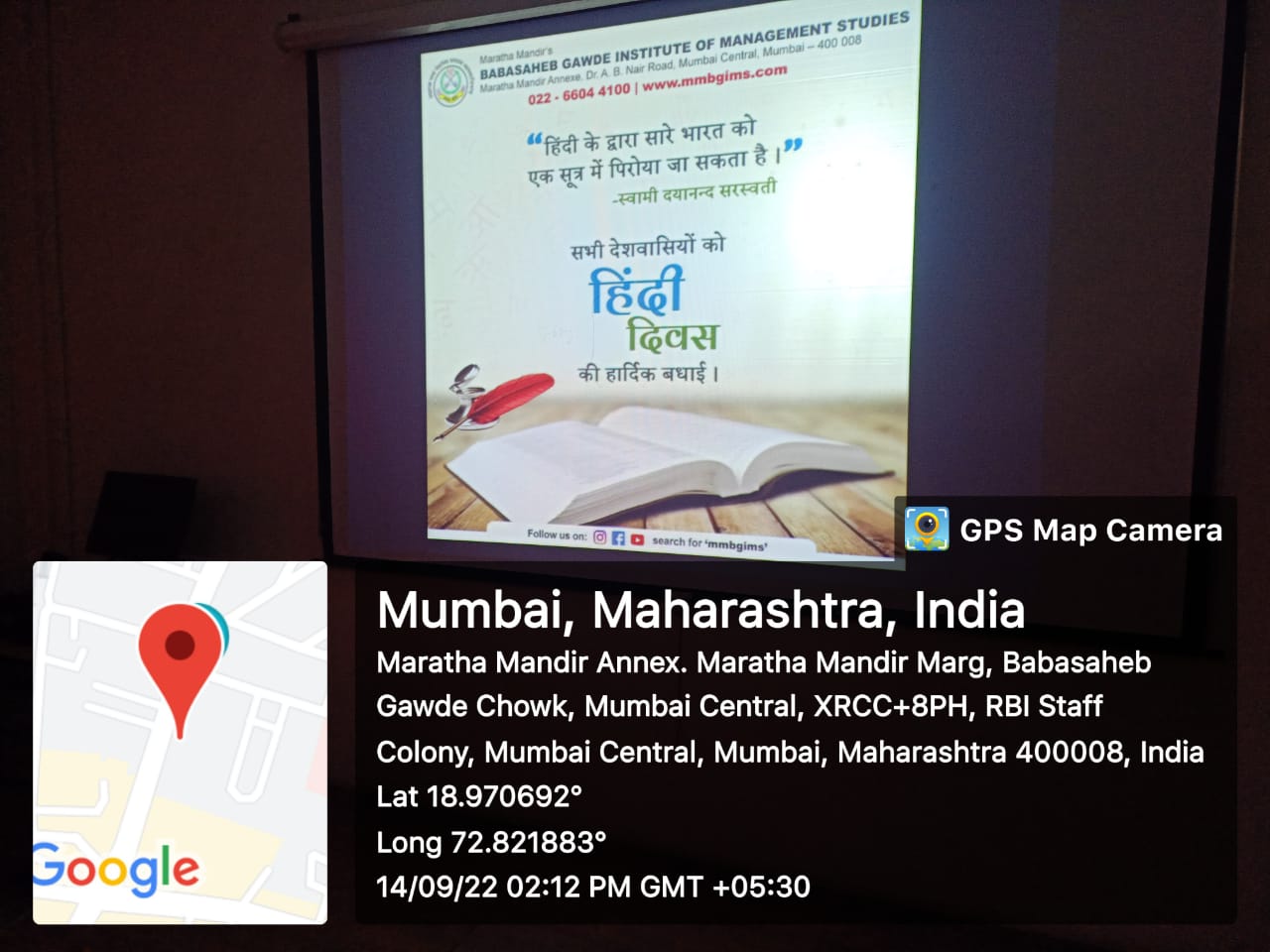 Maratha Mandir’s Babasaheb Gawde Institute of Management Studies celebrated Hindi Diwas on Sept. 14, 2022, by showing the movie ‘Hindi Medium’.
The Government of India adopted Hindi as its official language on Sept. 14, 1949, and in 1950 Hindi in the Devanagari script was declared the official language of the Indian Union. Mahatma Gandhi used Hindi to unite India and hence the language is also known as the “Language of Unity”. The Hindi word “Swadeshi” has found mention in the Oxford Dictionary and is a historic moment and matter of great pride. Hindi as a language has travelled across the globe and is spoken not only in India but across the continents. 14th September is now recognised as Hindi Diwas and celebrated across the country by organizing competitions, felicitations, quizzes, or recitation programmes.
This year we showed the movie “Hindi Medium” which examines the divide amongst the kids between English medium and other vernacular mediums. Films have the power of making an emotional connection and the teachers and students could connect on the issue instantly. 26 students attended the movie screening.
Motivation to study in the national language or in one’s mother tongue and to be proud of knowing one’s own language rather than having false pride. Also taught the importance of ethical behaviour as that is what we leave for future generations; to live and lead by example.
The students were proud of having studied in the vernacular language, Hindi.