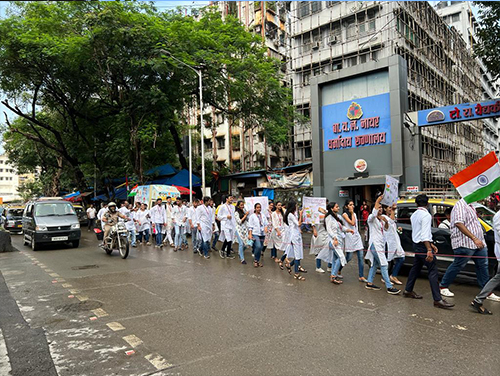 In the freedom march students, faculties and staff of the institute walked on theme of “Unity in Diversity”.

The rally visited Mumbai Central Station marching slogans “Bharat Mata ki Jai”, “Vande Mataram” and “Hindustan Zindabad.”  The next stop was taken at the Agripada Police Chowki to thank the police for their continuous service to society.

The rally exhibited enthusiasm, spirit of patriotism and National Pride among the rally walkers. The rally was covered live on social media channel Facebook which got overwhelming response of virtual viewers.