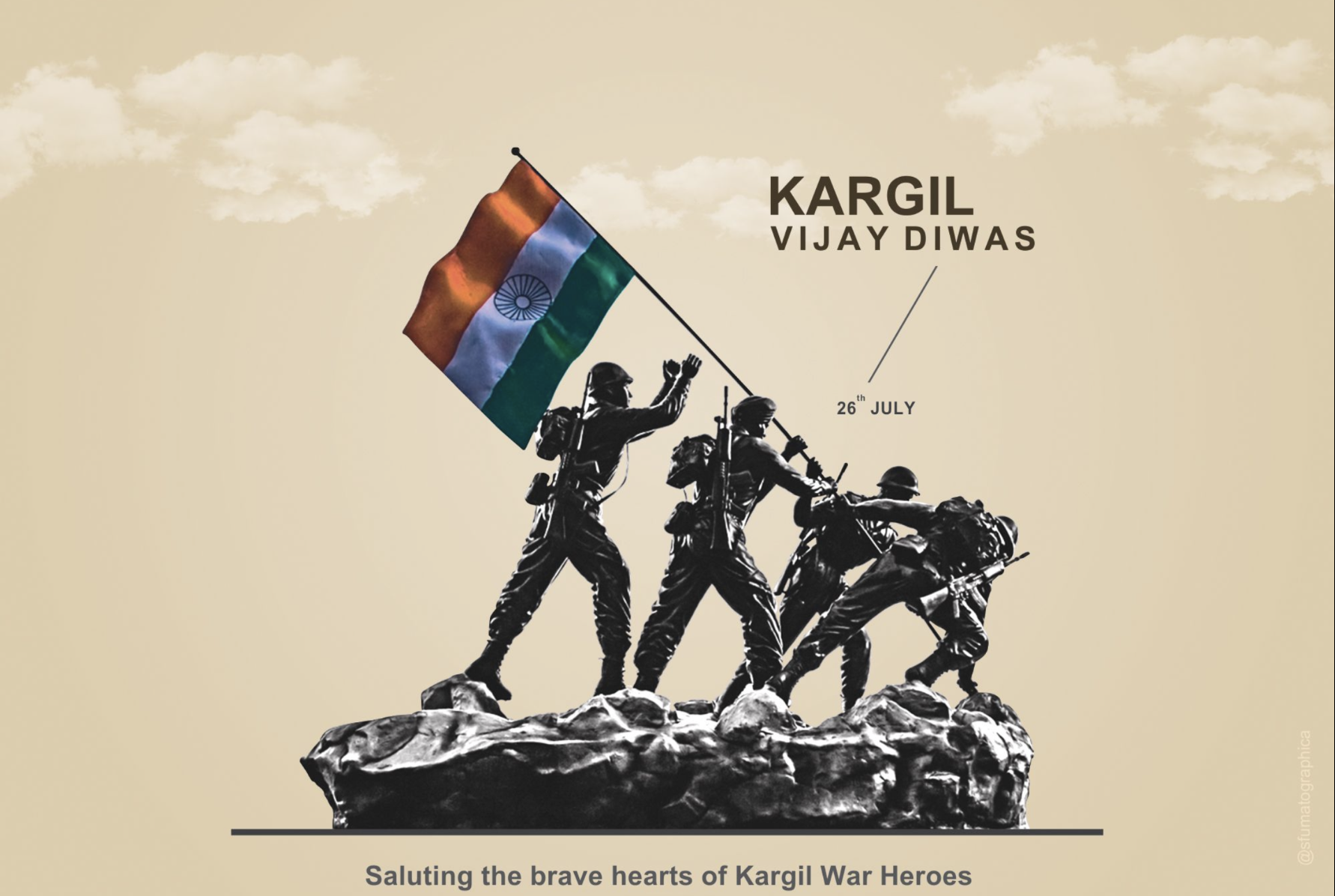 Kargil Vijay Diwas is commemorated every 26 July in India, to observe India’s victory over Pakistan in the Kargil War for ousting Pakistani Forces from their occupied positions on the mountain tops of Northern Kargil District in Ladakh in 1999.
We at MMBGIMS celebrate this day in honor of Indian Army. The movie Shershaah which is a biopic made on the gallant life of the 25-year-old brave Indian soldier Vikram Batra who was killed in Kargil War, written by Sandeep Shrivastava and produced by Dharma Productions. The Kargil conflict was indeed the toughest mountain warfare ever. Fought at a dizzying altitude of 17,000 feet, this historic war had a lot at stake. The Pakistani troops had infiltrated into the Indian side of the Line of Control (LoC), disguised as Kashmiri militants.
The story line, editing and overall impact of the movie is so strong that it grips the viewers once the men in uniform take it upon themselves to drive out the enemy and reclaim our land. Shershaah’s biggest victory is its effort to recreate one of the most important chapters of our recent history with characters, who lead the way to a stimulating climax.
Post screening faculties and students played National Anthem with pride. When you sing the national anthem, you are reminded of your identity as an Indian.
Films have the power of making an emotional connection with students and teachers at all levels of learning. We at MMBGIMS use this power of films in our pedagogy. Film screening as a pedagogy has many benefits: learners can digest conceptual content at their pace and explore content more deeply during class time, movies enhance transferable skills in students.