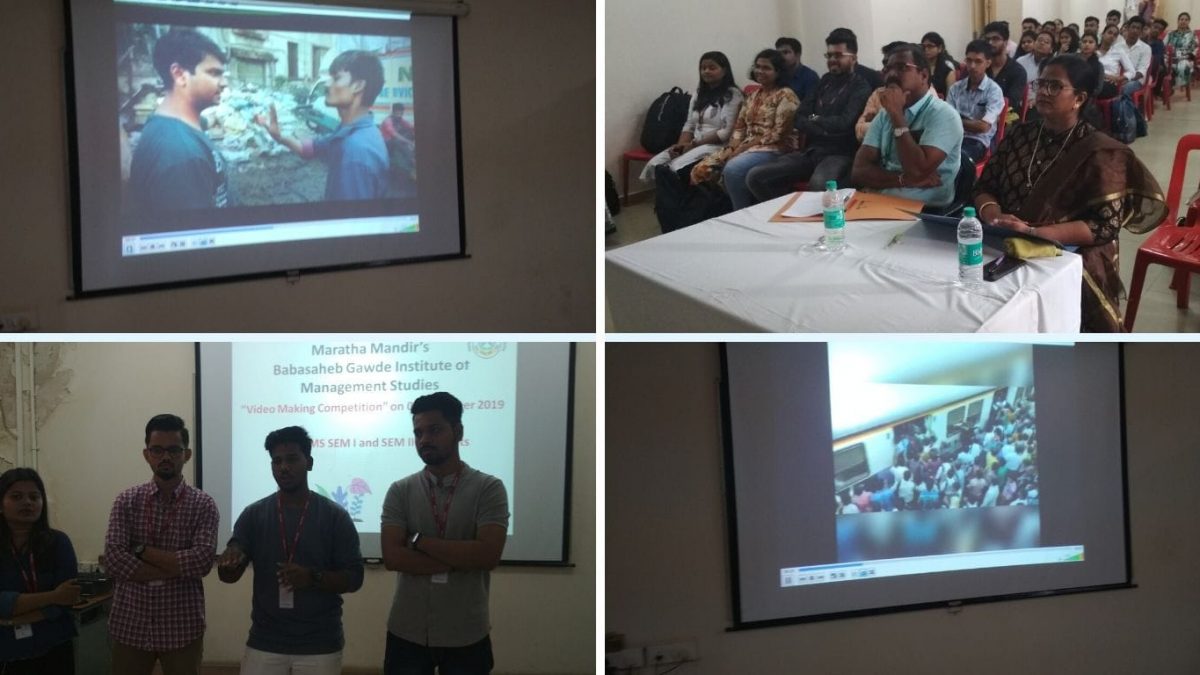 In the continuation of previous round of Video Making Competition where 14 groups participated and out of all, 6 groups were shortlisted, the final round of Video making was held community service unit with social cause – Problems faced by Mumbaikars and probable solutions for the same as the umbrella theme. The students were asked to present in same groups as in semi-final round and prepare the videos by selecting any one of the social causes as per the given theme. There was to be no repetition. The students were asked to submit a brief of the topic they had chosen. The social cause themes were: Over – Population, Housing and slums in Mumbai, Quit Spitting, Swachch Bharat Abhiyan and Mumbai local trains.

On the day of the event the rules and guidelines were explained to them in the class. They were: Any one member of the group had to speak about their video either before or after the video and that the Judges’ decision would be final and abiding to all. Judges were  – IT HOD – Mr. Ajit Parab and BGIMS Director – Dr. Chitra Gounder.

The students and the videos they presented were judged on the basis of visual appeal, wow factor, impact and the presentation. There was judges questioning as well which was very well handled by the students. One could see a healthy debate on the various social causes that they had chosen and the perspective they chose to defend. Out of forty marks the top two groups were selected to be rewarded.

The programme ended with the judges giving their feedback to the students. They appreciated the efforts that were put in by the students.