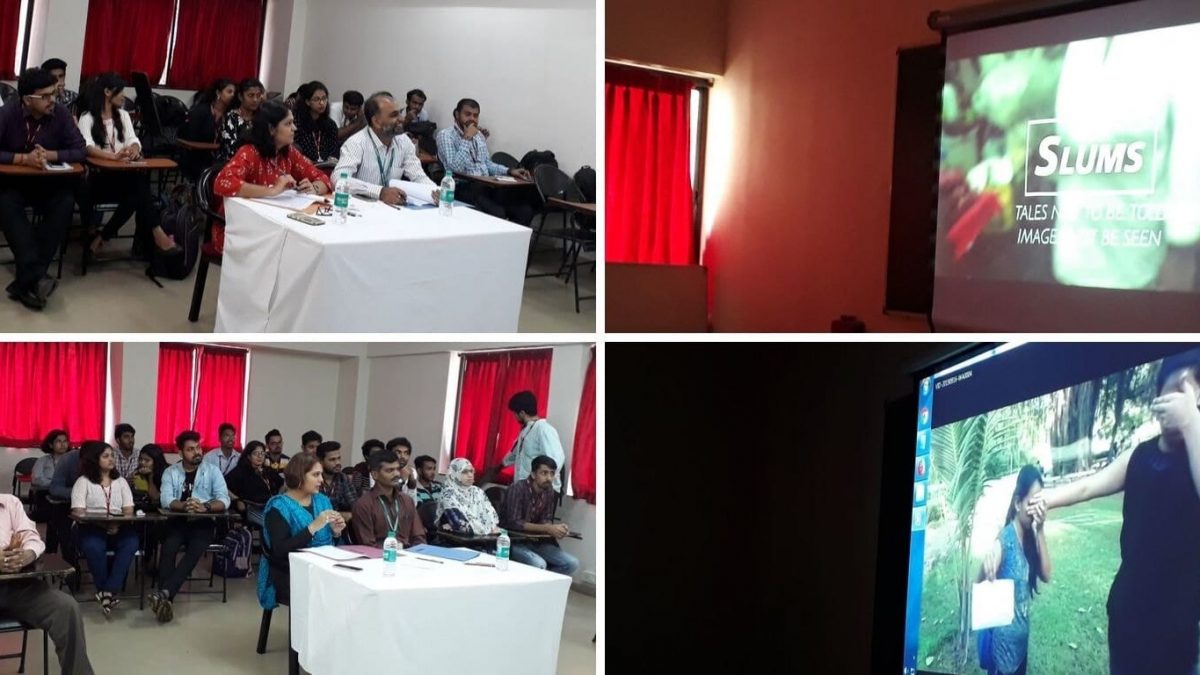 Current trends demand that the students get tech savvy in matters of presentations and the focus is to develop all-rounders. Keeping this in mind the community service unit announced the video-making competition with social cause as the umbrella theme. The students were asked to form their own groups and prepare the videos by selecting any one of the social causes from the given themes. There was to be no repetition. The students were asked to submit a brief of the topic they had chosen. The social cause themes were: Social Media Vs. Society; Sex Education; Save Aarey; Bullying; Eco friendly Ganesha; Visit to orphanage – Old age home; Environment Protection; Child beggars; Child Labour; Visit to orphanage – Child; Swachch Bharat Abhiyan; Difficulties faced by people living in slum area of Mumbai Central; Flood relief; Garbage pollution.

On the day of the event the rules and guidelines were explained to them in the class. They were: Any one member of the group had to speak about their video either before or after the video and that the Judges’ decision would be final and abiding to all. The groups were divided into two classrooms by draw of chits. Each classroom had seven groups and two judges each. One classroom had Amruta Doshi and Vinay Tiwari as judges while the other class had Santosh Datkhile and Supriya Karia as judges.  From each class three groups were shortlisted for the final round.

The students and the videos they presented were judged on the basis of visual appeal, wow factor, impact and the presentation. There was judges questioning as well which was very well handled by the students. One could see a healthy debate on the various social causes that they had chosen and the perspective they chose to defend. Out of forty marks the top three groups from each class were shortlisted for the finals.

The presence of our trustee madam Ms. Sonam Nishandar added to the students’ morale.