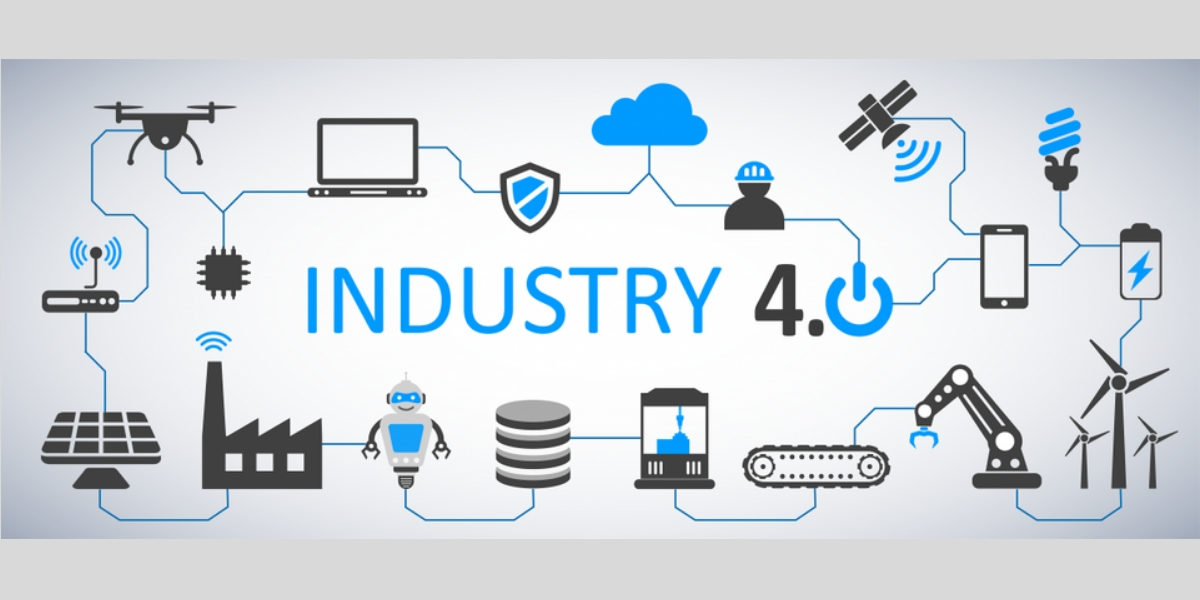 Journey from smartphones, smart washing machine to smart fridges and smart cities, technology is transforming world of Industry and also playing role in bringing advances in our lives.

In 2013 Germen Government Memo release, mentioned Industry 4.0 and German Chancellor, Angela Merkel in January 2015 spoke about the emerging concept at the World Economic Forum in Davos for the first time about Industry 4.0. Industry 4.0 is misunderstood as a new technology. It is actually a new approach due to which we are able to achieve the results which were not possible 10 years ago.

This high –tech strategy has a plan to computerize the manufacturing industry without a need for human involvement. The intention behind it is to free the worker for other work as machines will be self- monitoring and factories will be automated .It has focus on manufacturing firms of all the size.

Industry 4.0 is a promise of new Industrial Revolution.

From end of 18th Century to the beginning of 19th century is the span of first industrial revolution. It witnessed mass extraction of coal along with the invention of the steam engine thus creation of new type of energy further led to development of railroads and eventually drew up blueprint of first factory that we know today.

By the end of 19th century the organizational model of production envisioned by Fredrik Wilson Taylor and Henry Ford. Advancement in technology lead to emergence of new source of energy oil, electricity and gas which in turn resulted in development of combustion engine.

Revolution in transportation methods with emergence of automobile and plane at the beginning of 20th century .Synthetic fiber, dyes and fertilizer is also a result of emergence of chemical synthesis, apart for this invention of telegraph and telephone was also introduced as a method of communication.

Third revolution appeared with emergence of Nuclear energy, rise of electronics, new technology for production of miniaturized material for space research and biotechnology .This led to invention of programmable logic controllers (PLCs and robots)

Components are as follows

A smart factory adopts a so called Calm-system. A calm system is a system that is able to deal with both the physical world as well as the virtual. Such systems are called “background systems” and in a way operate behind the scene. A calm system is aware of the surrounding environment and the objects around it.

This is how we have moved  from invention of steam engine to smart factory.

Industry 4.0 is definitely a revolutionary approach to manufacturing techniques. The concept will push global manufacturers to a new level of optimization and productivity. Not only that, but customers will also enjoy a new level of personally customized products that may have never been available before.