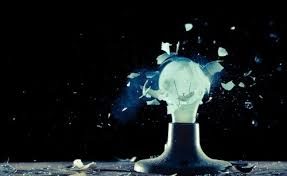 Successful innovation is a key driver for revenue growth, sustaining completion and in some cases, even for survival of the business. The ability to bring innovation to market swiftly, efficiently and ahead of competitors is becoming ever more significant. In 1980s people depended majorly on Telex for communicating, almost overnight, the fax machine made the telex machines disappear. And what happened to the faxes? Around 1995 the world-wide web showed up and the world changed to e-mail and texting.

The transportation sector gives a dramatic, ongoing example of creative destruction at work. With the arrival of steam power in the nineteenth century, railroads gave way to enlarging markets which reduced shipping costs. Steam power helped in building new industries, and providing millions of new productive jobs. The internal combustion engine paved the way for the automobile early in the next century. In 1920s America alone saw more than 260 car makers. The swelling automobile business spilled into oil, tourism, entertainment, retailing, and other industries. As the world was experiencing upheaval of the automobile, the airplanes flew into our world, setting off another burst of new businesses and jobs.

Creative destruction is the overall process of change and adaptation of actual industries to novelties. Many traditional business models are driven out of the market processes by new technology, new forms of production, new marketing and new business models. Innovation changes the whole character of market, making it enigmatic and beyond rationale understanding. Creative destruction is a process through which something new brings about the termination of something which has existed for a while. Creative destruction cannot be stopped and it is required for progress of society. Until we discard the old, new cannot be brought in.

It is a term in economics which has been coined by Austrian American economist Joseph Schumpeter. The term is used in almost all walks of life including economics, corporate governance, product development, technology, distribution, supply chain management, human resource development, marketing and R&D. We are witnessing creative destruction in the smart phone market. The continuous upgradation of the features on smart phones keeps bringing out new models regularly. In new product development, creative destruction is roughly synonymous with boisterous technology. Another fact about smart phones is that it has killed the market for not only regular cell phones but also PDAs, MP3 players, point-and-shoot cameras, wrist watches, calculators and voice recorders among other things. So, even if smart phone killed market of so many gadgets, it brought with it creativity hence the term “creative” is used in destruction.

Sony Corporation is an apt example. Even in Japan, where many consumers remain loyal to the brand Sony, some started giving up on the company. One of the former Sony executive who has worked for Walt Disney, Bain & Company, Apple and a start-up focused on innovation training, said in an interview that he was worried how Sony would bounce back in over competitive electronic market in world. What went wrong with Sony is – it lost opportunities and terrible infighting. It is also the story of a proud company that was unwilling or unable to adapt to realities of the global marketplace. Sony’s biggest mistake was that it failed to ride on some of the biggest waves of technological innovation in recent decades: digitalization, a shift toward software and the importance of the Internet. Inside Sony, one by one, every specialty where the company competed from hardware to software, from communications to content turned topsy-turvy by disruptive new technology and unforeseen rivals. These changes only highlighted the conflicts and divisions within Sony.

A glaring fact of human psychology is that while we think that people become habitual to comforting routines, and that they often settle into a pattern of eating the same breakfast, watching the same shows, and buying the same products over and over. But, paradoxically people are also always looking for novelty. For example – electronic gadgets, white goods, brown goods, beauty products, designer dresses and cars are some categories of products which consumers want to try out. While brands fill this need for newness with an ever-increasing flow of product launches, many innovations fail miserably in markets.

A research was conducted by Nielsen in June 2015 which polled 30,000 customers in 60 countries to find out, how companies can be seen and sell their products in cluttered markets. The June 2015 report, titled “Looking to Achieve New Product Success? Listen to Your Consumers,” explains the current scenario for new-product launches. The report says that consumers have a strong appetite for innovation. They are increasingly demanding and expect more choice than ever before. Around the world, more than six-in-ten respondents (63%) responded that they like when manufacturers offer new products, and more than half (57%) said they purchased a new product during their last grocery-shopping trip.

Today’s reality is: consumers appreciate the fact that a company is innovative and want to buy products from it. Today innovation is seen as vital fact in driving purchasing and enhancing the customer’s self-image. Many consumers buy a product without fully understanding what it does or how it worked because they feel it is “cool” to be the first one to look innovative to others. Many consumers want to be ahead of others, they are the early adapters. And, consumers are ready to pay a premium for innovation.

Clearly, the success mantra for today is organizations will sustain in their businesses by inventing, reinventing and listening to the customer’s demand for innovation.