The impact of social media on election campaigns 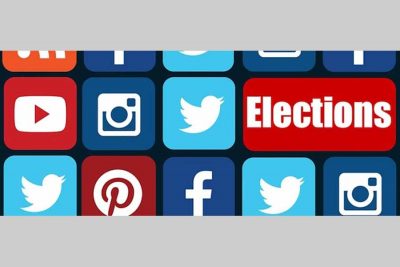 The impact of social media on election campaigns

We are living in an era of social media. From morning to night, most of the people are glued to their smartphones checking Facebook, Twitter, WhatsApp, Instagram, Linkedin, and YouTube everywhere at home, office, while travelling, in public transports and roads anywhere. With the increase of addiction of Internet, social media is emerging as the best mode of communication. With over 460 million internet users, India is the second largest online market, ranked only behind China. By 2021, there will be about 635.8 million internet users in India. The widespread use of social networking in India has been on the rise especially among the new generation youths.

In 2008 and 2012, the world witnessed Obama’s winning strategies using social media.  Not only was Obama the first African American to be elected president, but he was also the first presidential candidate to effectively use social media as a major campaign strategy. In 2008, American voters were sent out voting reminders on Twitter and interacting with people on Facebook was a big deal. Following his footsteps, in 2014, the BJP straight dived head strong into social media conversations. Their constant activities were aimed towards spreading awareness and having a direct connection with the voters. On a daily basis, various competing hash-tags like #NaMoInUdhampur, #KejriwalInVaranasi made debut. Politics is a favourite topic for discussions among the young and old. The hash-tags are famous on Twitter and Twitter users get pulled into it.

Already, we are witnessing blitz of anti and pro political campaigns on our smartphones for the 2019 general elections. Advertising experts and industry leaders are betting on the overall expenditure of the campaigns worth Rs. 5,000 crore. The ruling Bhartiya Janata Party is already spending quite a bit on advancing ‘Brand Modi’ in terms of achievements of his government in the last four years, all campaigns undertaken by the BJP and its several ministries and departments have revolved around NaMo. The main opposition Congress is also likely to spend close to Rs 1,500-2,000 crore on mass media and other Rs. 400-500 crore on digital campaign.

We cannot ignore a fact that politics and media share a complex synergistic relationship; media, politics and elections are knotted together and social media platforms have become the essential ground for the discussion of political narratives.

Recently when the Uttar Pradesh unit of the BJP met, there was one session which had a lot of outside states turn up. It was held in Meerut and attended by Chief Minister Yogi Adityanath and Home Minister Rajnath Singh amongst others. The social media session was attended by BJP President Amit Shah. The message is clear: if social media was the X-factor in 2014 polls, the 2019 it will be their main focus. It seems BJP plans to have a social media coordinator for every single booth in the election. Let’s consider each booth has approximately 2,000 voters which mean that the BJP social media team across the country would run into approximately four and half lakh social media coordinators.

As per the Election Commission records India has 81.5 crore voters, among them exist BJP volunteers and workers who are trained in social media. They all are armed with a Smartphone. What a fantastic strategy. The 2019 election is few months away and already few lakhs volunteers are working. But, the BJP is looking for many more as they need to penetrate their campaigns in interiors parts of India which is too vast. BJP is on organizing spree of meetings to boost their social media campaigns. After the strategy of page pramukh worked well in Gujarat (one worker to be in charge of each page list of voters) it is decided to have two pramukhs for each page. Since every page has a front and a back.

However, globally some election experts have raised alarm against recent elections in some countries where social media campaigns influenced the election proceedings to such an extent that the democratic process came under threat. There is an alarming worry that outside interests can work to undermine the democratic process in a subtle and sneaky way. In April 2017, Facebook admitted that its platform had been exploited by governments seeking to manipulate public opinion in other countries during the presidential elections in the US and France. Facebook pledged to clamp down on such operations.

Many countries in the world are running election campaigns on social media. Look at the recent example – in the closely-fought election in Malaysia, former Prime Minister Najib Razak who is dogged by corruption allegations was ousted and arrested, and the election results were revoked. Courtiers such as Singapore and Philippines are actively proposing legislation on fake news, while Germany introduced a new law that compels social media networks to remove hate speech. Indonesia has launched a new cyber security agency as part of its efforts to deal with online religious fanaticism, online hate speech, nip terrorist groups and fake news on social media.

It has become big task for the Election Commission of India; they have set a panel to scrutinize the growing use of social media platforms like WhatsApp, Facebook and YouTube. The panel has recommended processes to deal with violations. The nation has seen a rise in religious and ethnic tensions in recent times; few people are killed due to rumours spread on social media about child kidnappings, rapes and cow smuggling. Fake news and paid news are matters of concern and misuse on social media. The Election Commission of India is tightening rules and regulations to plug loopholes in the forthcoming general election.